In the beginning of September 190 years ago one of the most remarkable monuments of Saint-Petersburg was erected. The Alexander column, a giant pillar constructed to commemorate victory over Napoleon was commissioned to Auguste Montferrand, prominent architect of French origin. ​ Today we treat it as a common symbol of the city but in the XIXth century the monument installation seemed to be miraculous – the weight of the monolith column is about 600 tone, the height is 47.5 meters.
​
They quarried the stone in Karelia and brought to Saint-Petersburg by water. By the brilliant talent of engineer Betankur who created plan for the special scaffoldings they put the monument vertical only in 1 hour 45 minutes. It’s hard to believe that no nail or fastening was needed. The column still stands in the proper vertical position only because of gravity.
​
Today we admire not only the impressive overall view of the column but also gorgeous details. Chiselled bas-reliefs made of bronze on its basement made according to drawings of Montferrand himself. Another magnificent detail is on the very top of the column—the figure of Angel with a cross which looks very tiny from the ground but actually is 6.5 meters in total. The angel face features remind us about Alexander I, emperor-the winner, however not so many were lucky enough to climb so high and see it. 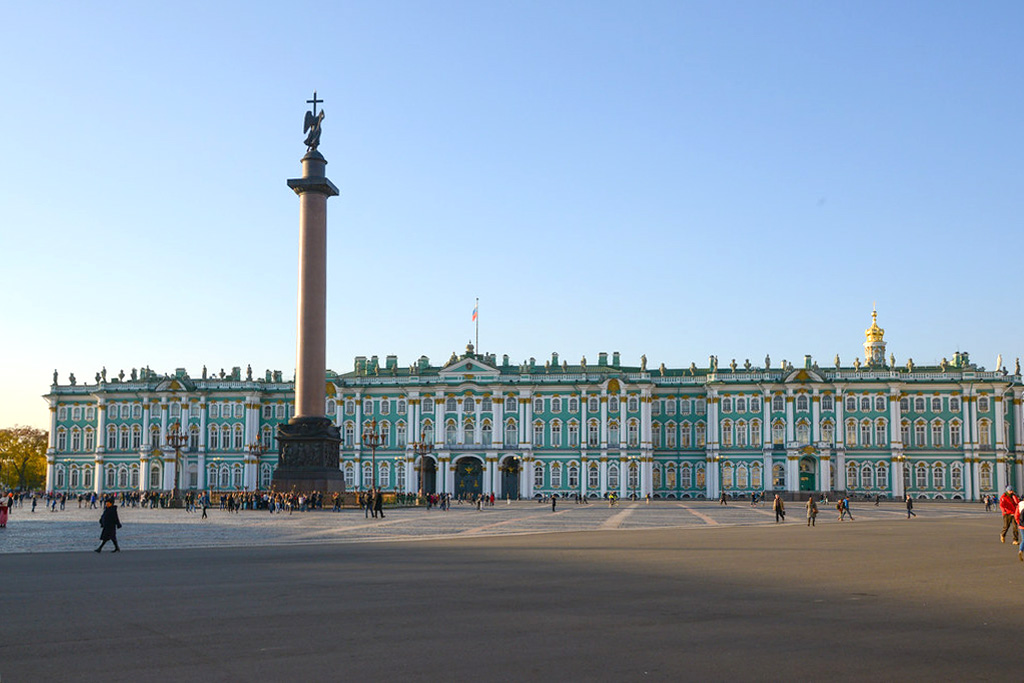 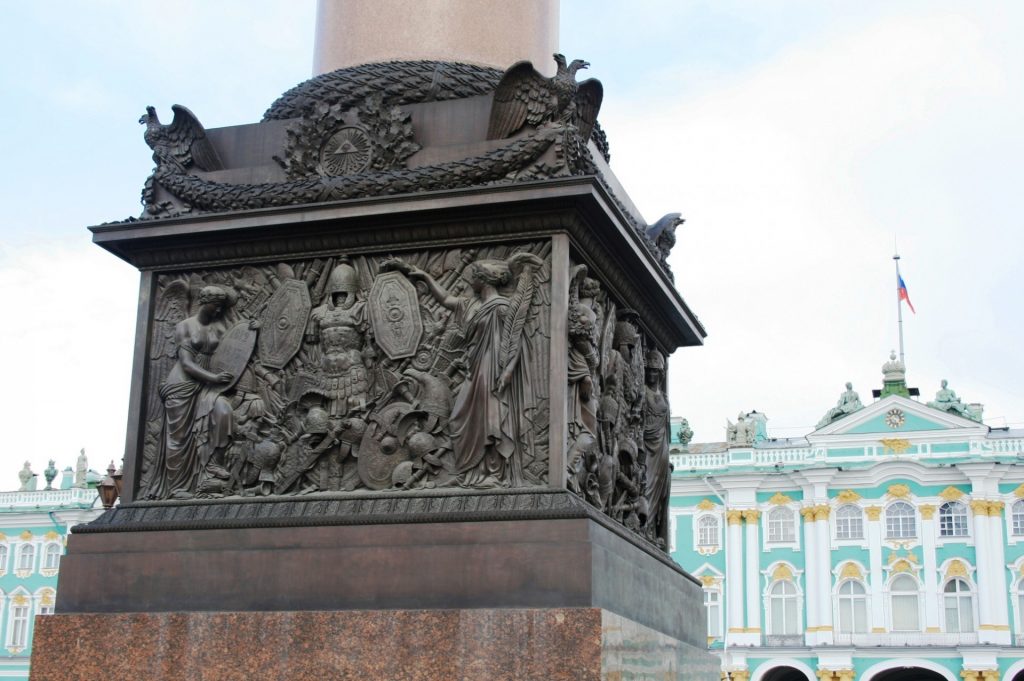