To continue our talk about countryside residences of Russian emperors, let us return to famous Peterhof. However, today the object of our attention is not Peter the Great’s favourite creation, the spectacular fountain park and the Imperial Palace, but less famous, but, in tsarist times no less beloved, Alexandria residence. ​
​
Alexandria residence borders Peterhof Lower Park and is separated from it by a massive wall with a gate, next to which until the Revolution, there used to be a guard’s cabin. ​
​ 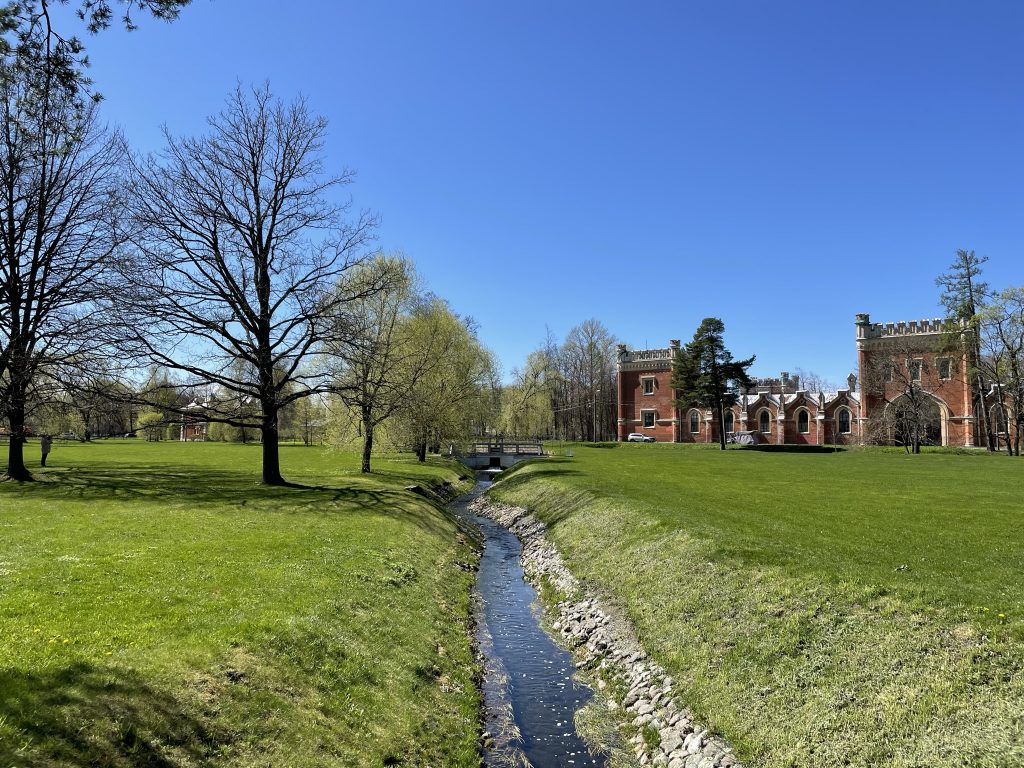 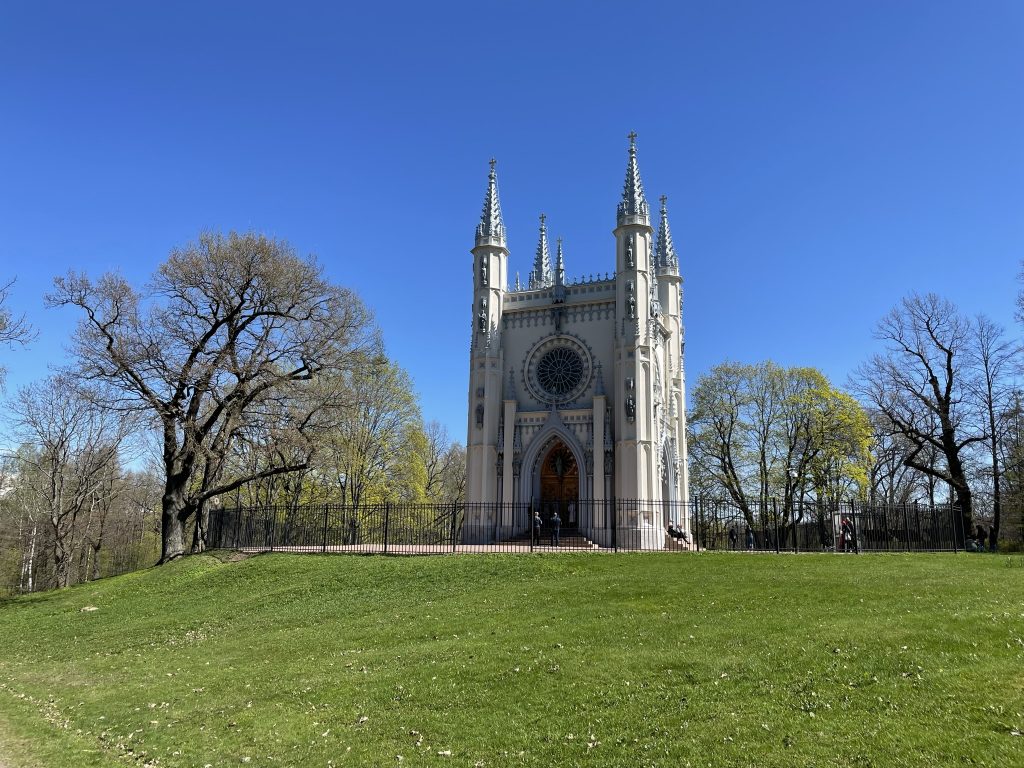 Home gothic chapel of Nichloas I

The territory of Alexandria was originally gifted by Peter to his favourite friend and associate Alexander Menshikov. However, after Peter’s death , Menshikov lost his power and the land of future Alexandria went first to his rivals and later back to the crown. ​
​
In the 19th century, Nicholas I, who named the residence after his beloved wife Alexandra Fedorovna, became the owner of the land. Large-scale construction work begins in the park: the creation of the landscape park takes place at the same time with building of a palace for Nicholas I and his family. The garden master Pyotr Ivanovich Erler had worked on its creation for twenty years. ​ 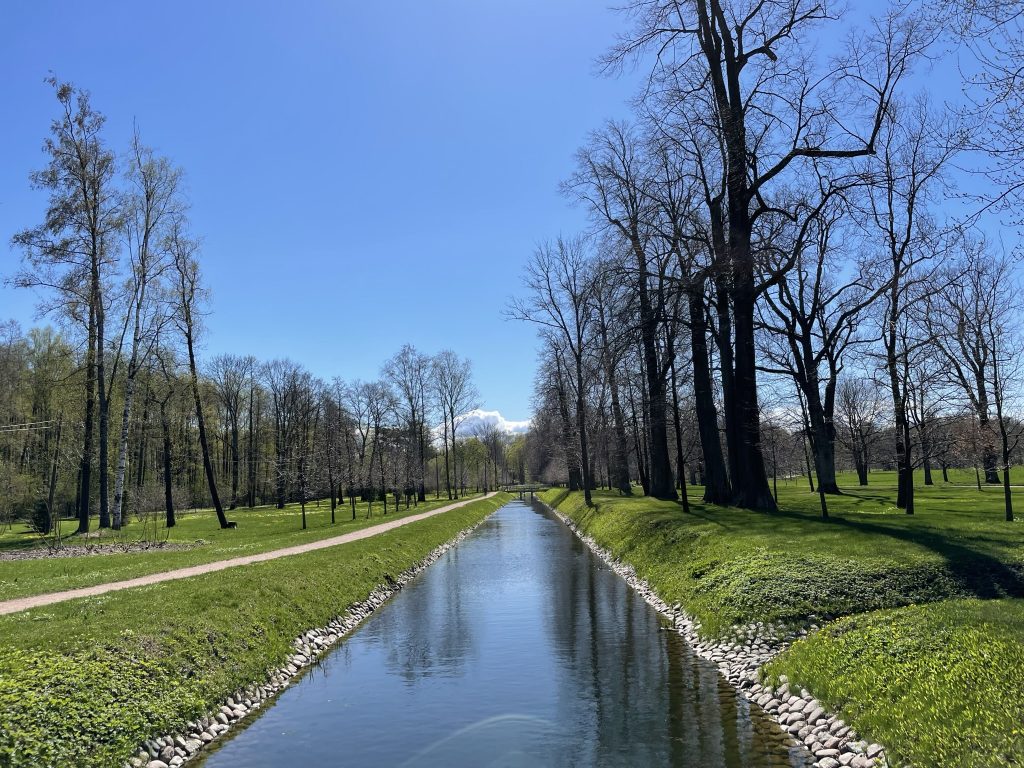 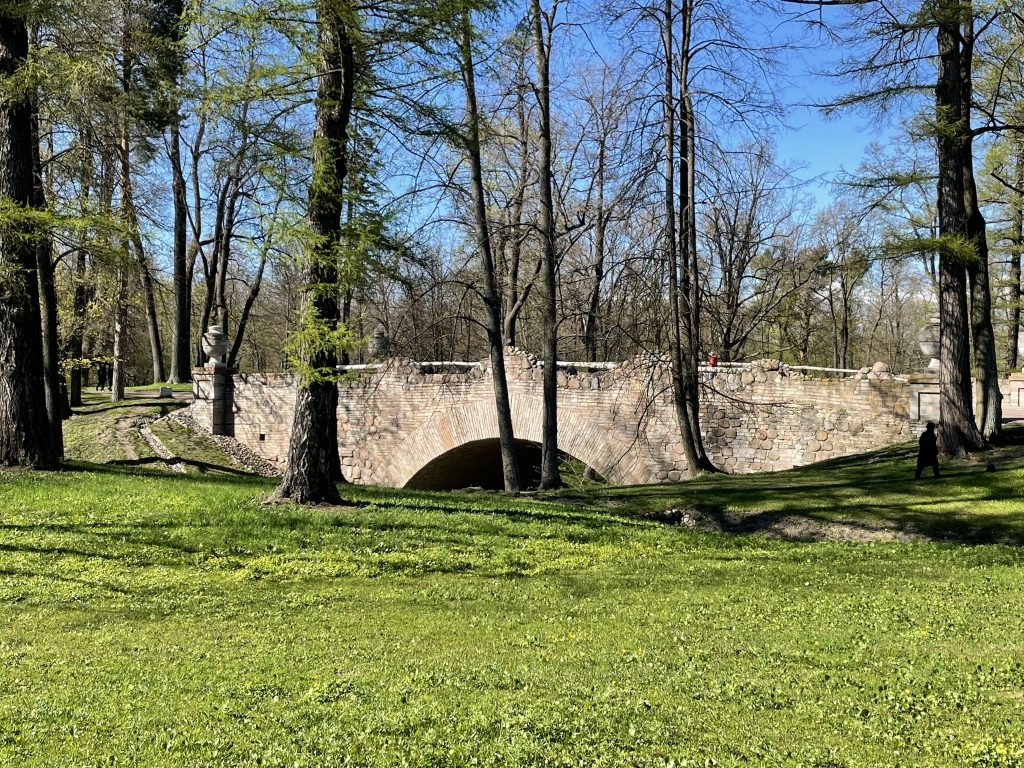 the Ruin bridge
The composition, the skilful use of grounds relief, layout and selection of plants make Alexandria an excellent example of a park in the landscape style. It is a completely different residence from flashy Peterhof and Tsarskoe Selo. The image of the park consisted not only of alleys, winding paths, hills, glades, and various vegetation but also of different decorative elements — sculptures, arbours and guardhouses, which used elements of Gothic architecture.​
Alexandria is definitely not a place to be missed when visiting Peterhof. You will have a unique chance to have an insight into a private life of the Russian royalty and learn about which books they used to read, how they used to bring up their children and spend free time.
​
​ 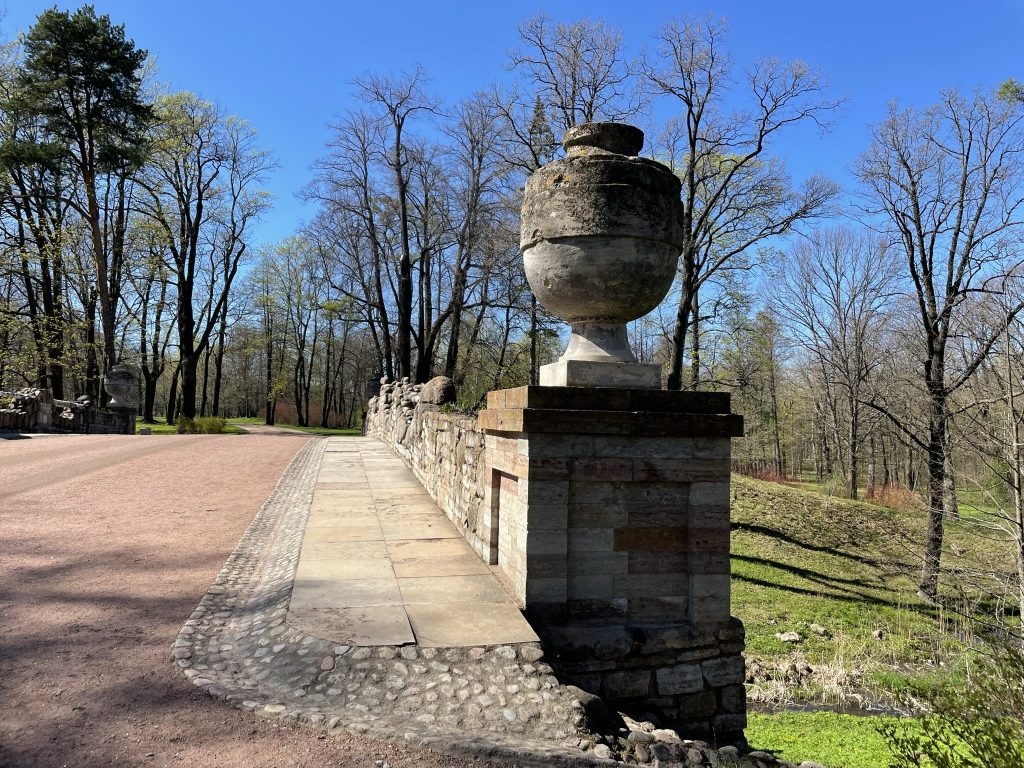