Meet the guide at 13:30 near the Kutafia Tower

Inclusions: licensed tour guide service, pre-booked admissions to the Kremlin. This is ‘Skip-the-Line ‘ tour. The tourists meet their guide at the entrance to the Kremlin, the Kutafya Tower at 13:30. If you request transportation from your hotel to the Kremlin, please contact us through the Contact page.

Kremlin is the heart of Moscow, it has always been associated with the Russian government. The Kremlin towers witnessed a lot of dramatic events which took place within its walls. There were assassinations, sieges, murders, insurrections along with religious rituals and victory parades.  The word Kreml means a fortress, and the very first fortress was wooden. The first foundation dates back to 1156. Its importance increased when Moscow princes acquired it. Besides, the Russian Church received the residence there in 1320s. In the XV century Italian engineers started their work on a small town in Moscow and the Kremlin gradually got its view the way we know it now. Though Peter I preferred Saint Petersburg and made it the capital city in 1712, many events of state importance such as coronations still took place in Moscow. The Kremlin also became the government seat of the Bolsheviks in 1918.

During the Kremlin tour, you will get a deeper insight into the history of the place.

The Kremlin tour includes a tour of 3 cathedrals situated inside the walls of the Kremlin. First, the Cathedral of Archangel Michael (Arkhangelsky). The Italian architect, Alevisio Novi, built it in the XVI century. The works began in 1505 and continued till 1508. He managed to unite the traditional architecture of Russia with the elements characteristic of the Italian Renaissance. The Kremlin also has the burial places of tsars and princes of Muscovy (except Boris Godunov) beginning from the XIV to the XVIII century. They are located in the Archangel Michael Cathedral.

The Cathedral of Annunciation (Blagoveshchensky) was a place of worship for tsars and the royal family. The wedding ceremonies and christenings took place there too. The team of Pskov masters constructed it at the end of the XV century. There are many works of art in the Cathedral of the Annunciation in the Kremlin including old frescoes that date back to 1508, made by Theodosius. The iconostasis has works created by Theophanes the Greek, Master Andrey Rublev, Prokhor of Gorodets.

The next Cathedral to visit during the Kremlin tour is the Uspensky Cathedral or the Assumption Cathedral. It is a masterpiece of the Italian architect Aristotel Fioravanti. The construction continued for 4 years. The Uspensky Cathedral is known as the coronation cathedral since 1551, when the Throne of Monomakh was brought in here. Patriarchs and metropolitan bishops of the Orthodox Church were buried there too.

During the Kremlin tour, visitors can see the Patriarch’s Palace (no inside visit) which was turned into a Museum of the XVII century life and Applied Art. The construction of the Palace began in 1640. The Palace joins the Church of Twelve Apostles, used as a home church for patriarchs. The Palace reminds about the Patriarch Nikon who was a reformer.

Kremlin tour is available any day except Thursday in five languages: English, German, French, Spanish, Italian. The groups are maximum 8 PAX and departures are guaranteed. The tour starts at 13:30 near the Kutafia Tower (the guide will hold a company logo or your name sign) and lasts for 2 hours.

Please note that Kremlin is a very busy museum and tour time changes are possible due to museum availability. As much as possible we try to avoid such situations. 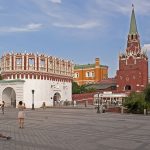 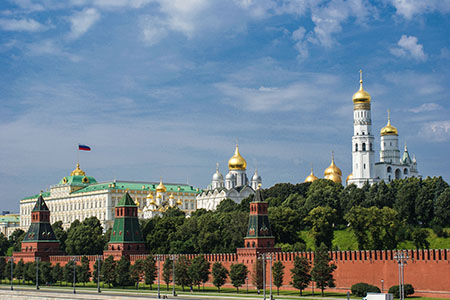 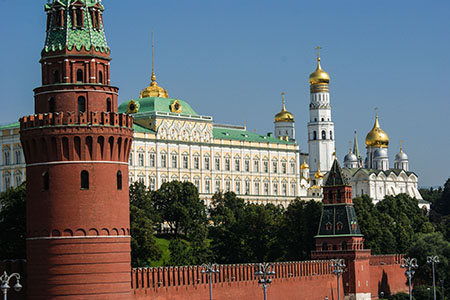 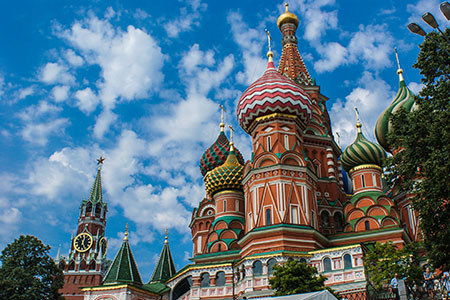 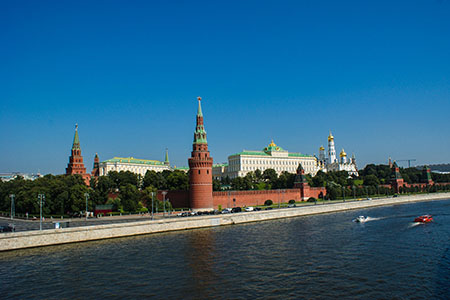